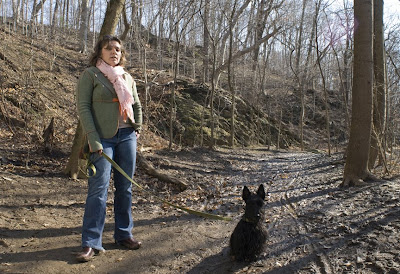 Laid off from Enterprise Community Partners Inc. in December 2008

Johnson left New York to take a job as program officer at ECP in Baltimore two years ago. Her position was eliminated when the company went through a cost-saving restructuring a few months ago. Though apprehensive, she has been able to look on the bright side: "Being laid off is like being broken up with by that really bad boyfriend you knew was a leach but were happy to deal with because you were in a relationship. I've gone through some stages of grief, resentment, happiness and delusion. In the end though, I know that I am in a better position now than when I was working. I get to make my choices based upon my fundamental wants and not by someone else's utility needs. I like the paradigm shift".
Posted by Andy Cook at 2:48 PM