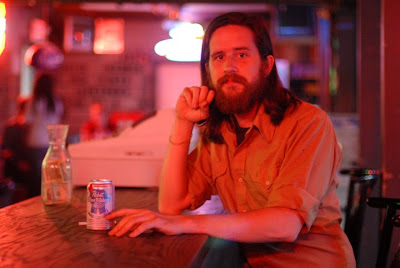 Sims worked as a technician at a 50 year old off-set lithography company in Austin, Texas. He was employed there for 7 months before getting laid off in December. At that time, he was the only employee whose position was cut.

"Everybody else I worked with is married with kids, so here's me, a single dude...really anybody else at my job would have been in a much rougher spot if they'd been let go," says Sims.

He explains that his boss was so distraught over having to cut his position that Sims was consoling him as it happened.

"My boss was actually in tears when he told me, so here I am patting him on the back saying 'Hey man, it's all right,' while I'm losing my job".

After five weeks of searching, Sims managed to find a new job at a sign making business. But instead of using the de-facto job-hunting tool of his generation, the internet, Sims took a more old-fashioned approach.