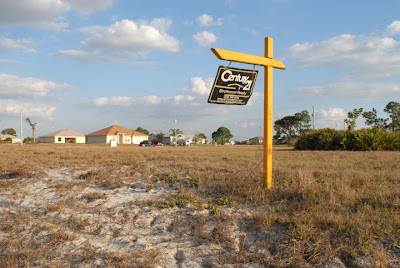 Lee County lies on the Gulf coast of Florida, about half way between Tampa and Miami. It saw a development boom a few years ago, but last year Cape Coral, a primarily residential area laced with canals, led the nation in home foreclosures. More than three quarters of the homes sold in Lee County as a whole last year were in foreclosure or close to it. Though the county attracted urban planners, construction workers, and home-buyers five years ago, it now has the highest unemployment rate in the state of Florida. 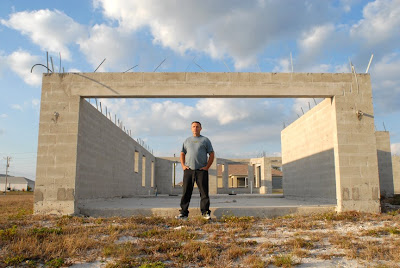 John Hawkins is a 55 year-old heavy equipment operator. He moved his family from Long Island down to Cape Coral four years ago to work in construction, clearing and grading land for housing developments. He worked for the same company all four years until this past Thanksgiving when he was laid off. He is pictured here at one of the sites he worked on, where many homes remain unfinished or vacant. 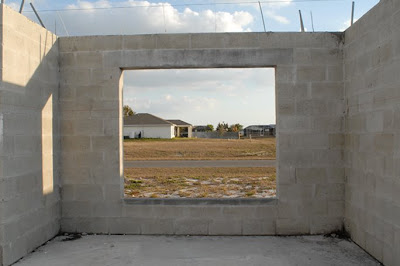 John and his wife have three children, and while she works part-time, their financial situation is growing dire. He describes job hunting:

"I go to the career center here in Fort Myers, which is a frustrating experience in and of itself. You stand there at 6:30 in the morning and there's a line in front of you of 30 or 40 people. The doors don't open until 8. I spend the whole day there because I'm not fluent with computers, I have to seek help. I fill out applications for jobs all day, some of which I'm qualified for, some of which I'm not. Then I go home, only to not get any replies,". 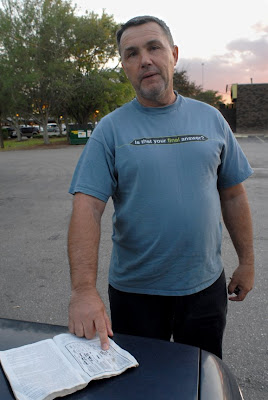 One of their sons has moved back to Long Island to find work, and their 16 year-old daughter has taken a part-time job at a movie theater. John himself is studying to qualify for new classes of licenses. He is pictured above with the handbook he is using to gain a license to drive a bus.

"What I'm trying to do is invest in myself while I have this time," he says of the effort to give himself more of an edge on the job market. But he believes his family's future in Florida is uncertain.

"I've even begun applying to trucking jobs out of state, but I want to wait until my daughter graduates in June. It's up in the air where we go from there...if it doesn't get better, who knows? If I don't get a job in the next two months, we're not going to be able to make rent". 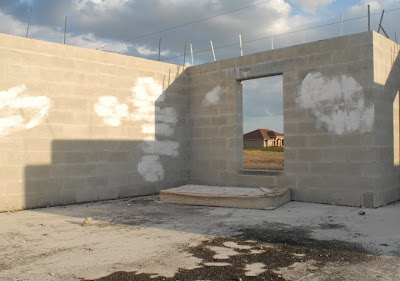 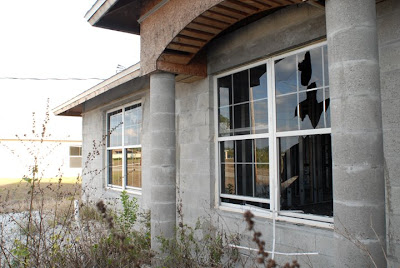 In 2002 Amy brought her family to Fort Myers, a city just east of Cape Coral. They came because Amy was an urban planner and Lee County was one of the fastest growing counties in the country at the time. 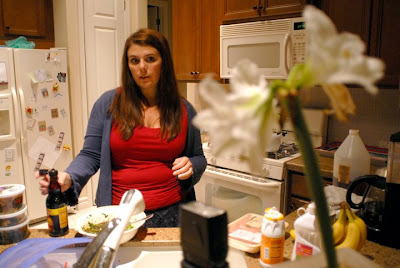 They soon realized Florida's climate wasn't good for a respiratory condition Amy has and planned to move to North Carolina. In 2006 she left her job in preparation for the move and to care for their new daughter Evelyn. The couple soon found they were unable to sell their house for what they'd paid for it. Additionally, they owned eight other properties in the county, all of which had depreciated greatly. Before they knew it, the family was facing foreclosure and had to declare bankruptcy.

Amy's husband Rick is a car salesman and now works 10 hour days, seven days a week, to make ends meet. They've moved into a rental home, but don't know how long they will stay there. They are being enticed to stay in Florida because of the incentives offered through the Neighborhood Stabilization Program, a part of Obama's stimulus package.

"I believe in the NSP program because there's a lot of people here, myself included, who are in the construction industry that don't want to have to take unemployment, they want to work. But there's no work, so what do you do in that situation? You create work," says Amy.

The program allows local governments to redevelop foreclosed properties, and offer them to low to middle income families at reduced rates. The hope is that it will create jobs again in the construction field and help families get homes they can afford. It has already spurred an upswing in home purchases in the area in the last four months.

While Amy realizes staying in Florida is not good for her health, she feels they have the best opportunity here now.